WHATS NEW IN THE WORLD OF MAGNETIX WELLNESS?

the very latest News updates, Blogs & videos with Categories shown on the right

For full details about this Wellbeing Festival, being held at The Pavilions, Great Yorkshire Showground, visit the website www.wonderfulworldofwellbeing.com

The whole range of Magnetix Wellness jewellery will be on display along with the new Wellness accessories including the Negative Ion Therapy products will be available to purchase.

This will take place at The Mercure Hotel, Leeds Road, Wetherby LS22 5HE at 11am until 2pm on Saturday 3rd March 2018.

Join us for the big reveal of the 2018 wellness and jewellery collection!

There will be exclusive special offers, exciting testimonials and empowering information.

Guests are free to attend but please let us know you are joining us!

Whilst researching radio waves pollution, we came across this recent experiment and were very concerned by it’s results.

We all rely so much on the power of Wi-Fi, blue tooth and mobile technology but just what these invisible rays doing to us and our environment.

This video raises more questions than answers – but one thing is for sure – we need to protect ourselves from these unseen dangers.

You can do this by creating your own “magnetic” protection – literally by wearing a magnetic product you are creating your own force field which will shield you from the invisible rays that surrounds us – wi-fi, electricity overhead pylons, mobiles, PC’s – the list is endless.

Can magnetic jewellery improve your well-being? I don’t know but there seems to be some scientific explanations that are quite plausible.

Magnetix is a wellness jewellery brand specialising in items that look amazing but are also magnetic. The idea is that by wearing magnetic jewellery and accessories, you stimulate the supply of nutrients to all the major organs and give the body a natural boost.

🎪 The amazing Yorkshire Dales Food & Drink Festival is returning for 2017! Featuring amazing celebrity chefs James Martin and John Torode; this is an event not to be missed! 🎪

The 2017 Festival is set to be even bigger and better than 2016. With loads of new attractions for visitors including: vintage funfair 🎡, live music (Ed Sheeran Experience & Adele Tribute artist) 🎤🎸, bars 🍺, a Spirit and Cocktail Theatre 🍸 🍹, Kids Craft area 🎨, Cheese & Wine Tent 🍷 🧀, Beers & Bangers Tent 🍻 🌭and the Nigel Brown Cookery Academy. 🍰

Plus, the return of over 200 food, drink, equipment and crafts exhibitors: something for all those who love shopping! We also have some of the best street food from across the UK for you to sample. 🍕 🍝 🌮 🍔 🍜 🍱 🍦

Come and visit us on Stand 5 in the Market Street section –  Magnetix Wellness – natural wellness!

Doctors today revealed they had treated a patient with “dancing eyes” by fitting magnets to his eye sockets.

The pioneering treatment, involving University College London, Moorfields Eye Hospital and Oxford University, is the first to use an implant to control eye movement.

The patient, a man in his late forties, developed nystagmus — constant uncontrolled movement of the eyes — after developing the rare cancer, Hodgkin’s lymphoma. His visual impairment was so severe that he lost his job.

A magnet was implanted in the bone at the bottom of each eye socket, and smaller magnets were stitched into the extraocular muscles that control the eye’s movement.

The strength of each magnet’s force was sufficient to overcome the involuntary movement caused by nystagmus but not enough to prevent the patient moving his eyes as normal.

Today, after four years of follow-up checks, doctors reported that the improvements in his sight had been maintained, to such a degree that the man had been able to return to work. There had been “substantial improvement” in daily activities, such as reading and watching television, they said. Lead researcher Dr Parashkev Nachev, of UCL Institute of Neurology, said: “Our study opens a new field of using magnetic implants to optimise the movement of body parts.

“Until now, mechanical approaches have been elusive because of the need to stop the involuntary eye movements without preventing the natural, intentional movements of shifting gaze.”

The condition affects about one in 400 people. It normally starts in childhood but can be triggered by disease. The eye movements are usually side to side but can also be up and down or in a circular motion.

It is caused by a problem with the way the eye sends messages back to the brain or how parts of the brain which deal with eye movement make sense of the information, according to the RNIB.

The patient study, published in Ophthalmology, tells how the researchers decided to put the idea of placing a magnetic prosthesis behind the eyes into practice for the first time.

The magnets were encased in titanium, which can be safely embedded internally, enabling the magnetic force to be applied without causing damage. But the researchers warned that magnetic implants would not be not suitable for patients who require regular MRI scans.

Organised by the Yorkshire Agricultural Society (YAS), it is held each July and attracts around 130,000 visitors over the three days. Dates for the 2017 event are Tuesday 11 – Thursday 13 July which will be the 159th show.

Did you know the Great Yorkshire Show has all this on offer?

Tickets are available to purchase both online and by phone.  Please visit the Plan Your Day page for more details. https://greatyorkshireshow.co.uk 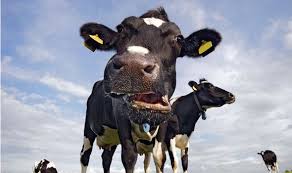 Visit our Magnetix Wellness stand in the Crafts marquee!

Marketing Director and Independant Consultant with Magnetix Wellness Kate is married with two children and lives in Harrogate, North Yorkshire

Find Out More About Power Hearts

Find Out More About Power Hearts